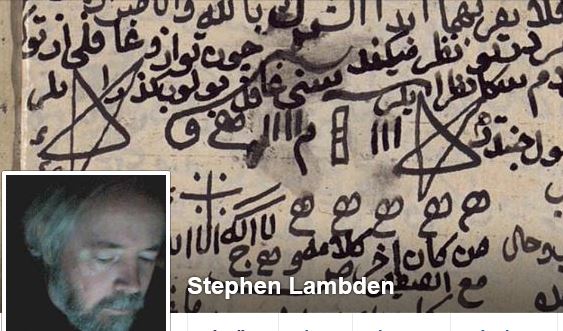 This website is in the process of being setup to share old, current and ongoing work in the fields of Biblical, Islamic, Shī`ī-Shaykhī and Bābī-Bahā'ī Studies. It will replace my now dated, and removed, unavailable, UK+USA based site (... hurqalya.pwp.blueyonder.co.uk.). A few links from this old, provisional site were originally carried over to these new UCMerced webpages. Here and there are unlinked graphics and URLs originating in the old site; these will, in due course, be revised and replaced. From 2022 many new links and PDfs will be corrected and uploaded. From summer 2022 this website will be partly reorganized as much of it has become difficult to navigate; a self-contained search engine will also be added.

None of the UCMerced webpages, translations or other materials posted on this site, represent official views of UCMerced or of the Baha'i religion and its institutions. Everything here is an expression of my personal, fallible academic researches. Much of it remains provisional notes pending future publication though webpages may be cited and referenced as:

Many of the text files to be posted here are written with Unicode fonts (e.g. Arial Unicode MS, Times New Roman, etc) which exist within many (especially Microsoft) operating systems and font collections. These fonts exist in numerous varieties and are generally compatible with each other.  Their use makes visible the academic transliterations used on this Website including, for example, Arabic, Persian and the biblical languages (Hebrew, Aramaic, Greek) as well as that of key scriptural languages of key major world religions and less well-knwn movements. For the academic transliteration used here, the Unicode font should contain: Basic Latin; Latin-1; Latin Extended-A; Latin Extended-B and Latin extended Additional. For Arabic and Persian and certain of the scriptural languages (Hebrew and Greek, etc) this Website often makes use of an expanded Unicode version of Times New Roman.

Set forth on this Website are papers, notes, bibliographies and English translations from Arabic, Persian and other sometimes scriptural languages of Islamic, Shī`ī -Shaykhī and Bābī-Bahā'ī primary, secondary and other sources, some dating as far back as 1976. Many are distinctly provisional in the sense of being constantly subject to revision and correction. In this connection I would be delighted to receive critical suggestions for improvement, preferably communicated by email to my UC-Merced email address =  slambden@ucmerced.edu. Previously published papers will be set forth in PDf., sometimes along with updated, expanded or corrected web versions.

Syzygy: A Journal of Bābī-Bahā'ī Studies

In addition to the Web publishing of revised versions of portions of my work, the now 30 year old periodical Bahā'ī Studies Bulletin   (BSB) will gradually be revised and re-published here. At some stage in the future (perhaps from 2022) it is hoped that this or a related site will also update my other ongoing periodical project   entitled Syzygy: A Journal of Bābī-Bahā'ī Studies. This latter journal will be primarily concerned with the philological, textual, academic analysis, study and translation of Bābī-Bahā’ī primary scriptural sources along with historical issues associated therewith.

For such as might wonder, Hūrqalyā (Arabic هورقليا = h-w-r-q-l-y-a [sic.], pointing uncertain) is a seven letter Arabic transliterated loanword probably originating in an Islamic context with Shihāb al-Dīn Yaḥyā Suhrawardī (d. [executed] Aleppo 587/1191) who is viewed as the founder of the Ishrāqī or Illuminationist school of Islamic philosophy. I have a lengthy paper in press (due 2022 after a ten year blockage!) which argues that etymologically and conceptually this word (to simplify) derives (probably as orally transmitted with a supplementary adjective) from a Hebrew (הָרָקִיעַ, hā-rāqîa`), Aramaic-Syriac or Mandaic form of   רָקִיעַ rāqîa`, a  word which is often indicative of a luminous, firmament or interworld spanning or linking "heaven" and "earth". As the subject of most of the material on this website has to do with the intellectual history of religious concepts, the use of `Hurqalya Publications' was thought to be appropriate.

From mid.-late 2022 Zoom rooted powerpoint papers and introductory presentations will be selectively posted on this site.

One of the easiest ways to get to this website is to type `Lambden Merced' - then navigate from the main page or type into google an additional word or phrase summing up the subject being sought. e.g. `Lambden Merced seal'. Materials and pages on this website should not be posted elsewhere, on line or in print, without the written permission of their author. 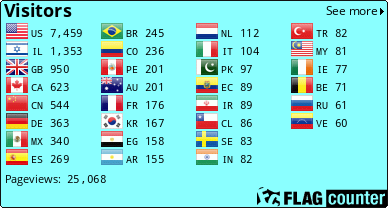 All Web pages on this site are ©   © (copyright) Hurqalya Publications