Appendix II : A Chronological Listing of Select Persons in Islamic history with the Arabic Honorific title (laqab) Bahā' al-Dīn (The Glory of the Religion).

The following are a few examples of the many sometimes notable persons whose laqabs, titles or names included the word bahā' in the form of the title Bahā' al-Dīn (The Glory of Religion) and Baha' al-Dawlah (The Glory of the Empire). The granting or adoption of such titles would appear to have originated in the 11th cent. CE., probably after 1.000 CE. Some of those persons listed below are very well-known, others not so famous or in fact little known or distinctly obscure. I shall include below persons with this title listed in a multitde of sources. Especialy useful has been the well-known, extensive work entitled A'yan al-shī'a ... (Eyes of the Shi`a Community) of  al-'Āmilī  (see main bibliography below).

This  Syrian born Bahā’-al-Dīn was a  leading figure in the Shi`i Isma'ili  movement and figures prominently in the emergence of the so-called Druze (for Duruz)  religious community (Druze is a misnomer after the secondary missionary figure  al-Darazi; see Swayd 2006:xxxiif.). The origins of this important  mystically and esoterically inclined (loosely) neo-Abrahamic religious movement,  are closely associated with the  sixth Fatimid Caliph al-Hakim bi-Amr Allah (reigned 996-1021 CE) during whose reign it came into being. Baha al-Din was appointed the second spiritual leader by al-Hakim in 1021. With Hamza ibn 'Ali ibn Ahmad ( b, Zawzan, 9XX- d. after his withdrawal in 1027 ) who was appointed an Imam  by al-Hakim in 1017,  he authored certain of the 111 (in 6 books)  رسـائـل الـحـكـمـة‎‎, "The Epistles of Wisdom" (nos.109-110 written 1042 CE). These and associated sacred texts are foundational within the canon of the sacred writings of the Druze religion. Philip K. Hitti has referred to Bahā’-al-Dīn as one seen as "the "Left Wing" ...  the fifth and last supreme minister who stands at the head of a lower hierarchy and whose multitudinous treatises and epistles, together with those of Ḥamzah, form the Druze sacred literature" and adds, "This Bahā’-al-Dīn may have been of Christian origin as his writings reveal unusual familiarity with the New Testament and Christian liturgy".

Of Baha' al-Din Swayd has written :

"Baha’ al-Din was born in Samuqa near Aleppo to a family known as Ta’i and is known in some historical sources as Abu al-Hasan al-Dayf, ‘Ali Ibn Ahmad Ibn al-Dayf, or ‘Ali Ibn al-Dayf. He was sent by the Fatimi caliph al-Hakim in 1015–1016 on a military mission to Syria in which he conquered Aleppo from the Hamdanis and became its governor. To distinguish him from the other luminaries, he was given a number of titles, including ‘‘The Left Wing’’ (al-Janah al-Aysar), that is, a helper to Hamza Ibn ‘Ali during the period when al-Tamimi was the hujjah between Hamza and other luminaries and al-Qurashi the Safara (ambassadorship) between Hamza Ibn ‘Ali and al-Hakim. Baha’ al-Din is also known as al-Muqtana (the owned), Lisan al-Mu’minin (the believers’ tongue), and Sanad al-Muwahhidin (the Unitarians’ pillar).
Baha’ al-Din has a number of honorary shrines and visitation sites, including one in the Shuf area in the district of ‘Alay, Lebanon, and a more recently constructed one in the town of Bayt-Jann, Israel. The one in ‘Alay is known by two names: ‘‘The Shrine of the Noble’’ and ‘‘The Shrine of Shamleikh’’ (Swayd, 2006:143)

The Druze religious movement had something of a closure or interregnum in 1041 when Baha' al-Din left Cairo, a few years before he died.

This Indian slave-born architect was closely associated with the Sultans of Delhi. 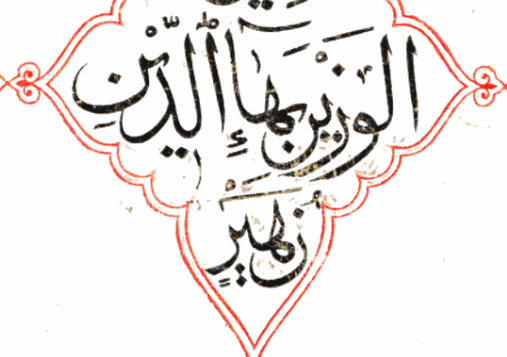 He had an important influence on twelver Shi`i doctrine especially through the assimilation and reinterpretation of aspects of the intellectual mysticism of Ibn al-`Arabi (d. 638/1240). He developed aspects of the ideas of the Great Shaykh about the two seals of sainthood, including the khatam al-wilaya ("Seal of the Divine Intimacy") as he related them to twelver messianism.

"A number of poems and treatises have been attributed to Bahāʾ-al-Dīn Naqšband, almost certainly without justification. On the other hand, the litany that bears his name, Awrād-e bahāʾīya, may indeed have been composed by him, although there is no reference to it in the early Naqšbandī texts and its recitation has never been a pillar of regular Naqšbandī practice (there are numerous printings of the Awrād; see, for example, that in Aḥmad Żīāʾ-al-Dīn Kumušḵānawī, Majmūʿat al-aḥzāb, Istanbul, 1311/1893, II, pp. 2-14, with the commentary of Shaikh Moḥammad Saʿīd Ḵādemī)." (Algar EIr. see URL above). 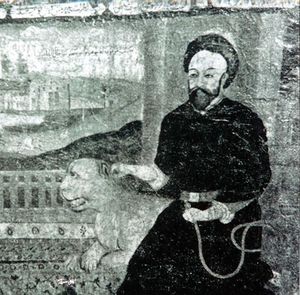 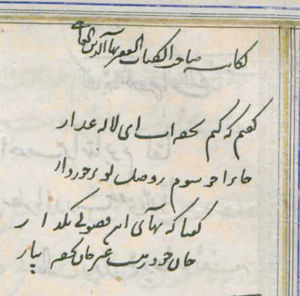 SELECT PERSONS WITH THE WORD BAHA'I  AS PART OF THEIR NAME, TITLE OR APPELATION ...

The Arabic derived word Baha' (Glory-Beauty-Splendoir, etc) has for centuries been used as both a male and a female first nameas well as a component of the last name or `surname' ...

SELECT ADDITIONS - to be organized chronogically as above.

For some recent uses  (there are many variants) of  Baha' al-Din and its Turkish form Bahattin  in modern personal names see the basic notes in the pertinent Wikipedia page :

BIBLIOGRAPHY : Select works consulted for persons entitled Baha' al-Din aside from those detailed above.

On the origins and relationship of names including _____al-Dīn (i.e. Bahā’ al-Dīn) see