The claims of Baha'-Allah and select Asian religions II. 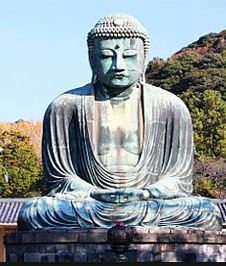 The claims of Baha'-Allah and select Asian religions II.

Notes written in the 1980s culled from `A Few Expository Notes on the Lawh-i haft pursish ...
The truth of the Zoroastrian religion, the official faith of ancient Iran and that of its modern remnant community (now roughly 100,000 worldwide), is categorically affirmed in Bahà'i scripture. The founder prophet Zoroaster (fi. c.1 ,000 BCE?) is reckoned to be a Manifestation of God. To date however, relatively little research has been done in the area of Zoroastrian doctrine and Babi-Baha' i scripture. Through a study of Zoroastrian sacred writ, much light can be thrown on the hundreds, if not thousands of Tablets which the central figures of the Bahà'i Faith addressed to Zoroastrians. lt is hoped that the following selected notes expository of a few doctrinal aspects of the Lawh-i hafl pursish (`Tablet of the Seven Questions') will be of value to Bahà'is with a particular interest in Bahâ'i doctrine and matters Zoroastrian. On the basis of statements of the foumnder of the Baha'i religion and of his son and grandson, `Abd al-Baha' and Shoghi Effendi, Baha'is have come to hold that the eschatological saviour figure of Zoroastrian messianism is Baha'-Allah. This redeemer or supreme messiah has several ancient and more modern epithets. They including Saoshyant  ("Righteous Benefacter") and Shâh Bahrâm (loosely, "King of Victory").

In his Lawh-i haft pursish (`Tablet of the Severn Questions', late 1870a or 1880s?), Baha'-Allah  replied to various questions of the prominent Zoroasrian of Yazd Ustâd Javân Mard.  His fourth question concerned the Zoroastrian prophecy about the advent of Shâh Bahrâm and the "signs" associated therewith:

0 friend! 'Whatsoever hath been announced in the Books hath been revealed and made clear. From every direction the signs have been manifested. The Omnipotent One [yazdan] is calling, in this Day, and announcing the appearance of the Supreme Heaven [mïnü-yi a'zaml" [trans Shoghi Effendi, PDC:77]."

The world is illumined by the lights of His appearance, yet rare indeed are the eyes endowed with insight. Ask of the one true God to bestow insight upon His servants. lnsight leadeth to wisdom (dânâ'i) and hath ever been the cause of salvation. Keenness of wisdom
(dânâ'i-yi khirad) is derived from insightful vision. Were the peoples of the world to gaze with their own eyes, they would see that the world is, in this Day, illumined with a new radiance. Say: the Day-Star of Wisdom (khurshid-i dânâ'i) is manifest and the Sun of Knowledge (â'tâb-i dânish) evident. Happy the one who attaineth thereunto, who seeth clearly and hath recognised Him" (trans. Razavi, Shahriar, `The Tablet of the Seven Questions of   Bahā'-Allāh (Lawḥ-i Haft pursish) : An Introductory Note and Provisional Translation' in Baha'i Studies Bulletin ed. S Lambden  BSB  Vol. 7 No. 3-4. June 1993 p. 48ff).

It seems clear that Baha'-Allah saw himself as the advent or "return" of Shâh Bahrâm  and as  the realization of minu or the supreme Spenta Mainyu (translated "Supreme Heaven" by Shoghi Effendi) though perhaps indicative of the New Age in which the heavenly forces of good gradually defeat the  evil of Angra Mainyu. The appearance of Shah Bahram is clearly anticipated on the basis of this passage by the Baha'i Guardian :

"To Him [Zoroaster] must have alluded when, according to tradition, He foretold that a period of three thousand years of conflîct and contention must needs precede the advent of the World-Savior Shâh Bahrâm, Who would triumph over Ahriman and usher in an era of blessedness and peace." (Shoghi Effendi, God Passes By [Wilmette, lllinois:BPT., 1974] p.95)

Many centuries of oral tradition and written scripture lie behind multî-faceted Zoroastrian messianism. Zoroastrianism has an especially rich body of apocalyptic texts which have influenced both Semitic and Asian eschatological teachings. The roots of Zoroastrian messianism have been tentatively traced to the Gàthàs - the most ancient sacred hymns, stemming from Zoroaster himself. ln these hymns the future active participle, Saoshyant (lit. 'He. who will bring benefit' , 'Future Benefactor') occurs three times in the singular (Yasna 45:11; 48:9;53:2), and a number of times in the plural (46:3; 48:12; cf. 30:9;61 :5;70:4; see Mary Boyce. A History of Zoroastrianism Vol 1 (Leiden: E.J. Brill} p. 234.). Astvat Ereta  meaning "He who embodies righteousness" (refer Yasna 43:3}, is considered the Avestan designation of the Zoroastrian World Reformer, the Saoshyant.1

Shàh Bahràrn is not a messiah figure explicitly mentioned in the most ancient Zoroastrian texts. ln various guises he does, however, figure in quite a number of Zoroastrian apocalyptic and related writings. Sorne references are provided in Christopher Buck's unpublished, ground-breaking essay, 'Was Baha'ullâh Shah Bahrâm Varjavand despite Zoroastrian 'Prophecies'? (AAR/SBL PacNW region 1982) which draws heavily upon K. Czeglédy, 'Bahrâm Côbin and the Persian Apocalyptic Literature' Acta Orienta/ia Hungarica 8 [1958}, 21-43. Informative papers can be found in Hellholm, O., (ed), Aμx;alyplicism Ûl the Mediterranean Wod:f and lhe Near East {Proceedings of the International Colloquium on Apocalypticism held in Uppsala, August 12-17 1979), Tübingen, 1983. A useful bibliography of 'Works on lranian Apocalypticism' exists in Fereydun Vahman, Arr/a Wuaz Namag, The lranian Vivina Commedia'(= Scandinavian lnstitute of Asian Studies, Monograph series No 53; London and Malmo: Curzon Press Ltd, 1986) pp. 319-321. Mary Boyce's 'On the Antiquity of Zoroastrian Apocalyptic' in BSOAS XLVII (1984), pp.57-75 is illuminating.

A key Middle-Persian text in the Avestan script (Pàzand) is the composite and repeatedly revised Commenfary on the Vahman yash (Zand ï Vahman yasht Vohuman Yasn]or (in abbreviated fonn) Bahman Yasht (7th-12th cent. CE? reflecting earlier traditions and having an Avestan substratum, see Elr. 3:4911)- it was translated into Persian at the end of the 15th century. Within it there is reference to the warrior deliverer Wahràm Warzàwand who, along with Pisyôtân [son of King Vistâspa] the priest, will restore true religion to Iran:

"And regarding that Vâhrâm the Vargâvand [= Wahram Warzàwand] it is declared that he cornes forth in full glory .. with the seat of true explanation of the religion, he restores again these countries of Iran .. " (trans. West, SBE 5 Pt. 1, 229-30).

Zardust Bahman Pazdu was the author of a legendary celebration of Zoroaster in pure Persian verse, the Zardust-nâma (1278 CE). Purporting to be based on a lost Pahlavi work and closely related to book VII of the encyclopedic Dënkard ("Acts of Religion", 9th-10th cent. CE), it contains exp!icit reference to the eschatological advent of Shah Bahram.2 =

Fn.2 See Rosenberg, F., ed. and tr., LelivredeZoroaslre(Zaratush/Nama), St. Petersburg, 1904. This text, informed by earlier Pahlavi sources, contains the onty extant surviving manuscript version of the Persian text of the Zaratusht-Nâma. Legendary material contained within it appears to have been known to Bahà'u'llàh, 'Abdu'l-Bahâ and various Bahà'i apologists. lranian expectation of Shah Bahrâm is most likely based upon this text. cf. also the Persian version of the Pazand/Pahlavi Jamasp Namag which is analyzed in Tord Olsson, 'The Apoca!yptiè Activity. The Case of Jàmàsp Nâmag' in Hellholm, 1983 p.21ff).

While in modern, new Persian the word Shah indicates a "ruler" or "king", the epithet Bahràm, signifies, for example, various kings, heroes, an angel or the planet Mars (see Steingass, Persian-English Dictionary, 210). ln fact the word Bahràm is actually based upon the Pahlavi form (= Warahran/Wahran) of the Avestan Vereethrayna (Verethragna = lit. "smiting of resistance"), the designation of the Old lranian personificaton of Victory; a key figure in the Zoroastrian pantheon (see Boyce, History .. 1 :63f; G. Gnoli, 'Bahràm' Elr. 3:510f). Bahram was the name of six Sassanian kings and notables as well as many later lranians. The celebrated military commander and king of Iran, Bahràm VI Côbin (rg. 590-1) was expected to return and appears, through later tegends about him, to have contributed to messianic portraits of the Zoroastrian conquering saviour (see K. Czeglédy, 'Bahràm ëobin .. esp.38f; AH. Shahbazi, 'Bahràm VI Cobin' Elr. 3:519f; Buck, C. 'Was Baha'u'llah Shah Bahram .. 'Boyce, On the Antiquity, p.73).
ln past times then, some Zoroastrians have expected an eschatological king and saviour who, among othertitles, has been designated Shàh Bahràm ("King of Victory"). ln the last days he is to liberate humanity and rule Iran. As Bahâ-Allâh considered himself to be this figure, the prophecies are obviously to be understood non-literally.