AT THE SHORE OF THE BLACK SEA : 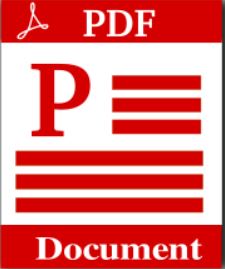 In July 1984 the Research Department of the Bahā'ī World Centre in Haifa, Israel were kind enough to supply me with a typed transcript of the Arabic text of Bahā'-Allāh's Lawḥ-i Hawdaj or Sāmsūn. Then unpublished, this important Tablet of the founder of the Bahā'ī Faith is reproduced below according to the Haifa typescript accompanied by my own provisional English translation. The following introduction and notes are not intended to be exhaustive.

Having intimated the full measure of his claim to independent mazhariyya  (Manifestationhood) to a few of his trusted devotees, Bahā'-Allāh left Baghdad for Constantinople / Istanbul on May 3rd 1863 accompanied by certain members of his family and disciples. Having passed through Kirkuk, Mosul and Diyabakir (among other stopping points) the Bābī exiles arrived at Sāmsūn, a port on the shore of the Black Sea; this in early August 1863. It was on sighting the Black Sea in the vicinity Sāmsūn that the Lawḥ-i Sāmsūn (hence this title) was written by Bahā'-Allāh.

It was in view of the fact that Bahā'-Allāh was carried in a litter or howdah (Ar. hawdaj) during this stage of the journey to the Ottoman capital, that he revealed the aforementioned Tablet. It was on his sighting the Black Sea from the howdah that the Lawḥ-i Sāmsūn, also known as the Lawḥ-i hawdaj (Tablet of the Howdah) was communicated. The Lawḥ-i Sāmsūn  is said to have been revealed by Bahā'-Allāh at the request of his amanuensis Mīrzā Āqā Jān Kāshānī. Drawing on the unpublished narrative of Āqā Muhammad Riḍā'-yi Qannad-i Shirazi (1880s?), Balyuzi has described the writing of this Tablet in the following manner:

Mīrzā Āqā Jān brought writing material. And Baha'u'llah's hand moved over the paper, as he sat in His kajāvih [= howdah] reciting aloud what flowed from His creative Pen. That was how the stirring verses of the Surat al-Hawdaj (= Sura of the Howdah) were revealed, while drawing close to the shore of the Black Sea and in sight of it... (Balyuzi, BKG:195). [1]

The full text of the Lawḥ-i Hawdaj was recorded by (the aforementioned) Āqā Riḍā' in his narrative. It is probably this text that forms the basis of the Haifa typescript reproduced below (cf. ibid. 195).

The Tablet of the Howdah opens as follows :

[1] These are verses which were disclosed in the Pavilion of Eternity and the Howdah of Holiness  at the moment when the Greatest Name arrived at the precinct of majesty in the land of Sāmsūn, at the shore of a mighty ocean. [2] Then did the hosts of the inspiration of God descend, so splendidly ornamented,  that all who are in the heavens and on earth were thunderstruck thereat. [3] Before them did the Sun of the Divine Beauty radiate forth in an holy, ethereal Temple and addressed the Ark  the like of that which had streamed forth from the Pen of God aforetime, in a Tablet in which We addressed the Holy Mariner with a secret, sorrowful Call [4] and in accordance with what hath this moment been sent down in this Tablet from an holy, luminous Pen. [5] And whomsoever desires to comprehendthe mysteries of the Command on the part of One Wise,  All-Knowing, let such an one consider these two Tablets and thus become cognizant of the mysteries of God; eyes solaced thereby and one numbered among such as are possessed of certainty.

[1] The times of reclining in the Howdah of Holiness hath been completed and the Beauty of the Divine Essence hath emerged unto a mighty, noble panorama. [2] Say:  `The terrestrial journey hath found completion at the shore of a mighty ocean.' [3] At this did the Howdah of Immortality weep and a luminous Ship of Holiness rejoice.

The promise hath come to pass  just as We promised thee through a sure and knowing Tongue. [2] So be of good cheer within thyself that the Logos-Self of God which is naught save Him might embark upon the Ark through this novel yet ancient Command. [3] Before thee shall be made manifest all that We, in very truth, promised thee, if thou art truly patient. [4]  We announced unto thee aforetime all that hath come to pass and none in all the worlds hath been privy thereto. [5] We made them to be heedless thereof on account of that which their hands hath wrought.  And this, assuredly, is but manifest justice.

Be exhilarated within thy spirit [2] for the Fathomless Deep of God, the Most-Elevated, the Mighty, the Powerful, hath compassed thee about. [3] So be thou gladdened in that about thee are transported those that are nigh unto God.  [4]  And at this moment hath all atoms reoriented [their gaze], risen up in thine atmosphere, and are of such as look on, [5]  for the Breezes of Holiness passeth over them from the Shore of the Divine Oneness, from this Enshrouded, Veiled, Concealed, Manifest, Apparent and Hidden Riḍwān. [6] So blessed be they and such as hath entered beneath His shadow, been ennobled with the Meeting with Him, drunk deep of His Cup, and taken hold on His strong and Firm Cord.

[1] In such manner have We graciously conferred Divine Favor upon those of former and of latter times [2] and sent down from the Clouds of Holiness that which serves to purify the hearts of such  as are possessed of divine knowledge. [3] And We have decreed the Robe of Guidance for all things should they give assent to Him and be of the truly pious. [4]  Thus hath been decreed in the Heaven of the Divine Command that which is the cause of the enrichment of all the worlds.