The life, companions and writings of Mirza Husayn `Ali Nuri, Baha'-Allah - Select Western and other Sources. 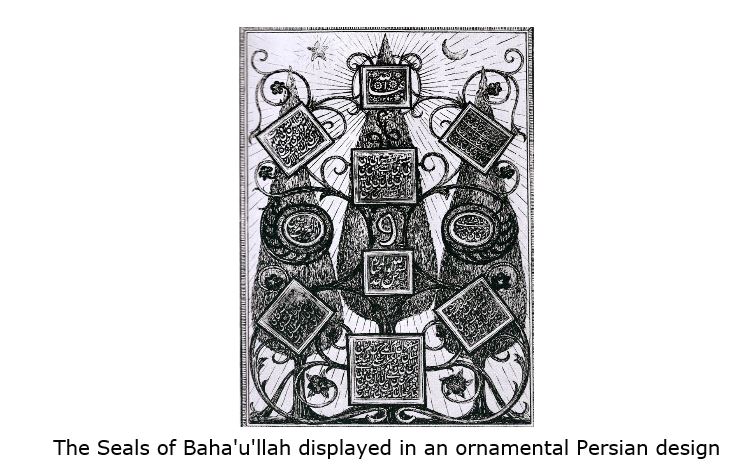 Some largely western writings, recollections and translations of materials about the life, companions and writings of Mirza Husayn `Ali Nuri, Baha'-Allah (b. Tehran 1817-d. Bahji, near Acre [`Akka'] May 29th 1892) mostly based on Persian and Arabic sources.

There are many thousands of documents that directly or indirectly pertain to the person of the founder of the Baha'i religion, Mirza Husayn `Ali Nuri, Baha'-Allah (b. Tehran 1817-d. Bahji, near Acre [`Akka'] May 29th 1892). They were either written by himself, by his relatives and followers, or by other persons who had something to say about him. Some relevant  materials were written by persons who challenged his religious claims. Many, directly or indirectly had something to say about him or about his cultural or religious environment. Only a limited amout of this material about Baha'-Allah has been published in western languages. Most published materials say more about his writings and followers than about his person though the vast amount of biographically related data has yet to be adequately collected together, translated and analyzed or put into historical and theological contexts.

As a repeated prisioner and an exile, it was not always wise or safe for him to be publicly accessible. He lived in Qajar Persia (1817-1853) then for the next forty years in certain regions within the Ottoman Empire; in Ottoman Iraq (Baghdad, etc 1852-1863),Turkey, including the then capital Constantinople-Istanbul (1863), Adrianople-Edirne (1863-1868) and finally `Akka-Acre (and surrounding localities such as Bahji and on occasion Haifa) Palestine (1868-1892). The histories of the houses, towns and countries (along with their diverse populations and inhabitants, etc)  where Baha'-Allah resided during the 19th century has yet to be written so as to throw light upon his life, writings and followers. A few of the works listed below will contain materials expressive of western sometimes hagiographical perceptions of the person. circumstances or environment of Baha'u'llah.

There are many thousands of Persian and Arabic letters or alwah (Tablets) as well as talks or discourses of `Abd al-Baha' which contain materials pertinent to the life of his father, the founder of the Baha'i Faith or Religion. A small proportion of them have been translated into English and/or other languages.

A distinghuisghed Islamicist and polymathic scholar and linguist. A Baha'i from around 1955.

EGB had a lifelong interest in the life and religion of Sayyid `Ali Muhammad Shirazi (b. Shiraz,1819-d. Tabriz, 1850), the Bab (Gate) as well as the Azali Babi leader, Mirza Yahya Nuri (c. 1830-1913), a half-brother of Baha'-Allah. His many translations from Arabic and Persian, his numerous writings  and vast correspondence is, especially in the early years of his post `Year Amongst the Persians', 1887-8 period, often centered on the Bab, his religion or on varieties of the Babi phemonenon. There is yet much that in various ways pertains to Baha'-Allah and his Baha'i followers many of whom were encountered and referred to by Browne as Babis. Browne met both Baha'-Allah and Mirza Yahya on several occasions, wrote pen portraits of them both, and struggled with their conflicting religious teachings and claims.  Primarily an academic Persianist he  ...

Ftrom the 1880s he lived in the German Templar colony in Haifa and in the Druze village of Daliyat al-Karmel on Mount Carmel (20 km. SE of Haifa). Probably met or saw Baha'-Allah.

He ultimately became a follower of Mirza Muhammad `Ali, the half-brother of `Abd al-Baha'.

A history of the first 100 years of the Babi-Baha'i religions by the Guardian of the Baha'i Cause (vali-yi Amr-Allah) :

This 4 vol. hagiographical overview of the writings of Baha'-Allah contains some important biographical materials and much more besides.

The bulky Persian Tarikh-i Zarandī  in a partial  English recreated edition and   trans;ation by Shoghi Effendi (d.1957),  with the title The Dawn-Breakers, Nabil's Narrative of the Early Days of the Baha'i Revelation (1st ed. 1932). This work is a recreation of early Shaykhī and Babi history by the Guardian of the Baha'i religion based upon the huge collection of ms. notes of Zarandī. It opens with two chapter about Shaykhism then the bulk of the book is  concerned with the person and religion of the Bab and his followers. Interwoven with these materials are valuable historical and hagiographical insights into the times and person of of Baha'-Allah during the Babi period (1844-1852) and beyond.