Studies and Notes on Themes, Texts and Motifs in the Kitab-i iqan Pt. II

The Arabic prescript to Pt. II

"Verily He Who is the Day-star of Truth [shams al-haqiqa, lit. `Sun of Reality'] and Revealer of the Supreme Being [mazhar nafs Allah, Lit. `Manifestation of the logos-Self of God']  holdeth, for all time, undisputed sovereignty [sultan an] over all that is in heaven and on earth, though no man be found on earth to obey Him. He verily is independent of all earthly dominion [ghaniyy an `an kulli man fi al-mulk], though He be utterly destitute [lam yakun `inda-hu dinar, lit. bereft of even a single dinar [coin]]. Thus We reveal unto thee the mysteries of the Cause of God [asrar al-amr], and bestow upon thee the gems of divine wisdom [jawahir al-hikma], that haply thou mayest soar on the wings of renunciation to those heights that are veiled from the eyes of men" (Trans. Shoghi Effendi with select transliteration and literal translation).

This prescript appears to be from the writings of the Bab and mirrors the opening of the first part of the Kitab-i iqan though without another Babi form of the basmala. Its first words, not literally translated by Shoghi Effendi, are al-bab al-mazkur fi'l-bayan which might be rendered, "This is the section (bab) expressive of the Bayan (Exposition)". These Arabic words could be taken to be suggestive of the person of the Bab or of something within his writings which are singly (in some instances) or collectively known as the Bayan, the "Exposition" or "Clarification" (cf. the Qur'an which means, the `Recitation').

The "undisputed sovereignty" of the Manifestation of God.

The Kitab-i Iqan several times underlines the real, transcendent sovereignty of the founders of the great world religions. The reference here to the "Day-star of Truth and Revealer of the Supreme Being" would seem to be to the mazhar-i ilahi or Manifestation of God, the founder Messenger or Prophet Figures who represent the Godhead, found new religions and tranform humanity. Though rejected and persecuted they, it is stated, possess a transcendent sovereignty way beyond the viscititudes of this world. If this prescript is meant to be personalized, there may be allusive reference to the Bab who, though executed or martyred on July 9th1850 after a troubled, revolutionary six year ministry  (1844-1850), is yet deemed to possess a transcendent spiritual sovereignty.

This would seem to be what is stated by Baha'-Allah himself in exposition of this opening prescript, the first paragraph of Part II of the Kitab-i iqan:

Paragraph 269 : The Prayer of Nudba, a Ziyarat citation and a tradition from the sixth Imam intimating a New, Neo- or Post-Islamic Law. 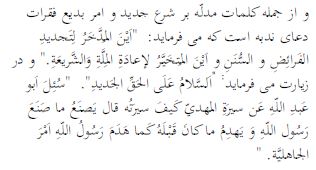 "Among the utterances that foreshadow a new Law and a new Revelation are the passages in the “Prayer of Nudbih”: “Where is He Who is preserved to renew the ordinances and laws? Where is He Who hath the authority to transform the Faith and the followers thereof?” He hath, likewise, revealed in the Zíyárat: 181 “Peace be upon the Truth made new.” Abú-‘Abdi’lláh, questioned concerning the character of the Mihdí, answered saying: “He will perform that which Muhammad, the Messenger of God, hath performed, and will demolish whatever hath been before Him even as the Messenger of God hath demolished the ways of those that preceded Him.”

Extract from the Du`a al-Nudha cited above on page 602 of the Arabic text. 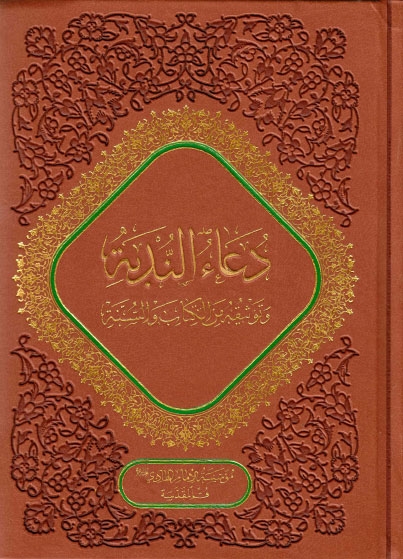 See for some basic information :

In forthcoming book edited by Andreas Görke, Muhammad - Critical Concepts in Religious Studies, vol. I, (New York and London 2015) there