The Bab -Tafsīr Sūrat al-Tawhid (Commentary on the Surah of the Divine Unity) or al-Ikhlās (`The Pure-Sincere Religion’). Q.112. 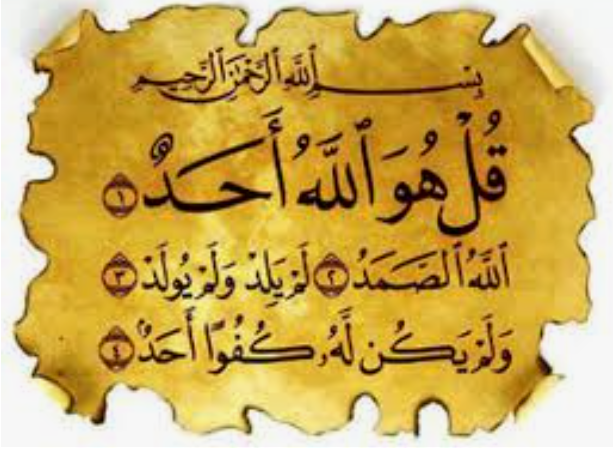 [4] No one is comparable unto Him.

Select Manuscripts of the  Tafsīr Sūrat al-Tawhid of the Bab 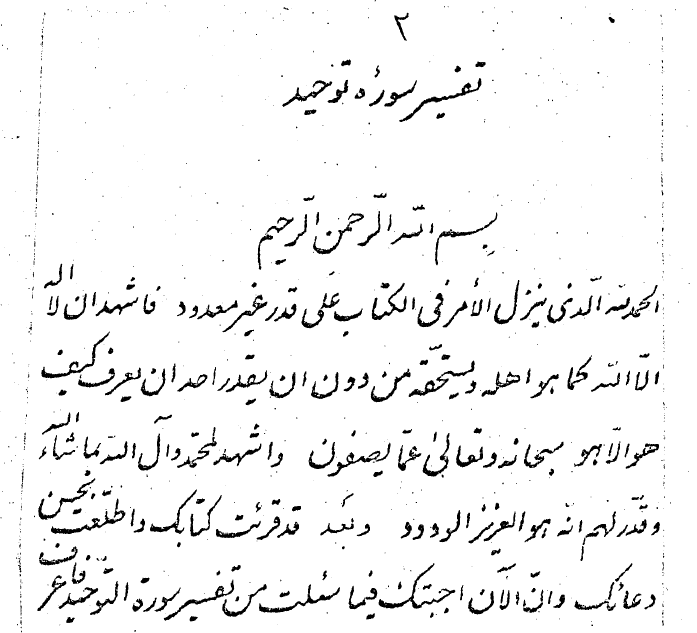 The Tafsīr Sūrat al-Tawhid (The Commentary on the Surah of the Divine Unity) of the Bab.

Praised be to God! who sent down the Logos-Command (al-amr) in the Book (al-kitab) to the extent of its being unlimited, beyond computation (ghayr al-ma`dud). So bear witness that there is no God except God as accords with the fact that He is [thus for] His commmunity [people] (ahl) for they do inwardlly verify this even though it is impossible that anyone should fully comprehend how He is other then He Himself. So Glorified be He and exalted be He above whatsoever some feign to assert. I bear witness unto [the Prophet] Muhammad and the [Shi`i] family of God in the light of the fact that God Himself so willeth and determines their destiny for He is indeed One Mighty and Loving (al-`aziz al-wudud).

And now that I have recited they missive (kitab) and become aware at this moment of thy supplication for it is fitting that thou should enquire about the Tafsir Surat al-Tawhid (The Surah of the Divine Unity). So know the Reality regarding that which God hath sent down for thee out of the clouds of His Divine Bounty (saha'ib al-fadl) touching upon His Divine Unity (tawhid). This since God hath indeed stated - and His Speech (al-qawl) is indeed the Real Truth (al-haqq) - and they shall ever prove unable to determine the full extent of His Power!

So know that this Surah [of the Divine Unity, Q. 112] is the very Spirit of the Qur'an (ruh al-qur'an)  and is the quintessential cause of the realization of the descent of the Bayan (`illat al-ghayat fi nuzul al-bayan). Above it circumambulates the occasions for the modes of universal realization (`ilal al-kulliyya) relative to everything that transpired through the Name of a given thing! Then be ye prepared for the Encounter with thy Lord (li'l-liqa' rabbika) for the time is nigh, near at hand (qarib qarib).

This since the Unity of the Divine Essence (tawhid al-dhat)