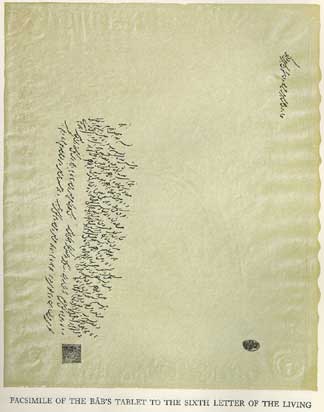 Qūchān is NW Iran was the place of birth and one time residence of the fifth Letter of the Living. It is a loation in Persian Adherbayjan not very far, in fact, from Ishqabad-Ashkabad or now Ashqabat in Turkmenistan, the location of the first Baha'i House of worship built in 1908. The town Qūchān was destroyed by an earthquake in 1893 but subsequently rebuilt a short distance, some 10 kilometers away.

This is what We sent down unto the fifth who believed in God (khāmis man āmana) and in His verses for We, we are indeed all the worlds (al-`ālamīn) [the Most Learned].

In the Name of God, the Most Pre-Existent  (al-aqdam), the Mighty (al-`azīz)! 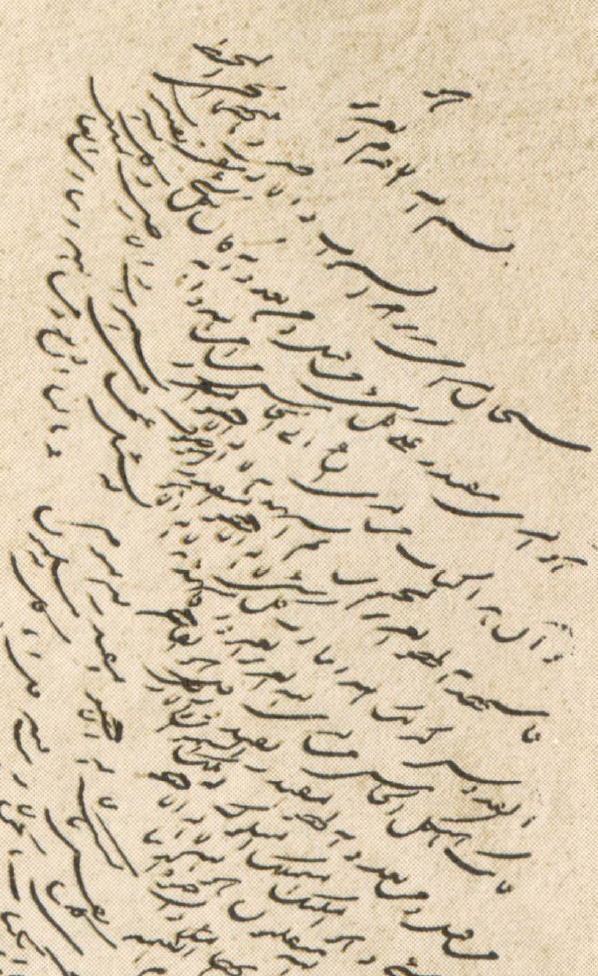 [1] Glorified be unto He Who governs the Logos-Command (amr) of the heavens and of the earth and whatsoever lieth between them, the Living One (al-hayy), the All-Surrounding (al-muhīt). [2] He is the One who is Powerful above everything (kull shay') both from times past and for times to come (min qabl wa min ba`da). [3] He is indeed One Powerful (muqīt).beyond everything (kull shay').

[1] This is a missive (kitāb; letter, book) from before [the letter] al-thā' [= thamarah = the Fruit = the Bab] unto the fifth of those who believe in God (al-khāmis man āmana) and in His verses.

[1] So bear thou witness that He is indeed the Mighty (al-`azīz), the Beloved One (al-mahbūb). [2] Then testift to the fact that He, no God is there save Him the All-Mighty (al-muta`aziz), the Holy One (al-quddūs). [3] Thus itis that God, our Lord, is Lord of all things (rabb kull shay'), no God is there except Him, the  Supremely Powerful (al-muqtaddar), the One Depicted (al-mawsūf).

[1] So thou, O fifth Temple (haykal al-khāmis) before God, the Mighty (al-`azīz), the Mighted (al-ayzūz) [sic.] ! [2] Thou should bear witness that He, no God is there except Him,  both from times past and for times to come (min qabl wa min ba`da), [3] He is indeed the Powerful (al-muqtadar), the Fate-Generating {Empowering] (al-qaydūr) [sic.]

[4] Say: Fear ye God!  O thou Concourse (al-malā')! [5] The life of the world (hayat al-dunyā) is falsehood (bāṭila) yet are they gathered together towards God. [6] So take heed of such action (`amal an) as may destroy thee, if thou should be truly informed, this Day of Resurrection (yawm al-qiyāma)!

[1] Such is that which God counselleth thee in the Book (al-kitāb), a command (amr an) which deriveth from Him. [2] No God is there except Him. [3] And We are one and all before Him maintain sincerity (mukhlisūn).  [4] We  only place  trust Him. [5] And He never  puts trust in any but Himself. [6] Such is sufficient for Us in times past and for times to come (min qabl wa min ba`da). [7] No God is there except Him, the Help in Peril (al-muhaymin), the Self-Subsisting (al-qayyūm),

[1] Say: We take firm hold of the Cord of God (habl Allāh) and We do not take firm hold of anything other than Him. [2] He is Our Lord! [3] No God is there except Him. [4] Towards Him should be directed the taking firm hold of His servants; for such that is as are truly detached.

[1] And Blessed be (tabārka) He who, in very Truth, sent down the Book (al-kitāb) about which there is no doubt.

[2] Say: We are all before Him  Muslims, one in submission [before God] (al-muslimūn)! It is not reckoned that for Us there would be no belief in God, Our Lord, and Lord of all the worlds (rabb al-`ālamīn).

The seal from this ms. Letter

His servant, the [messianic] Dhikr (Remembrance).

The second seal to the right of this ms. Letter :