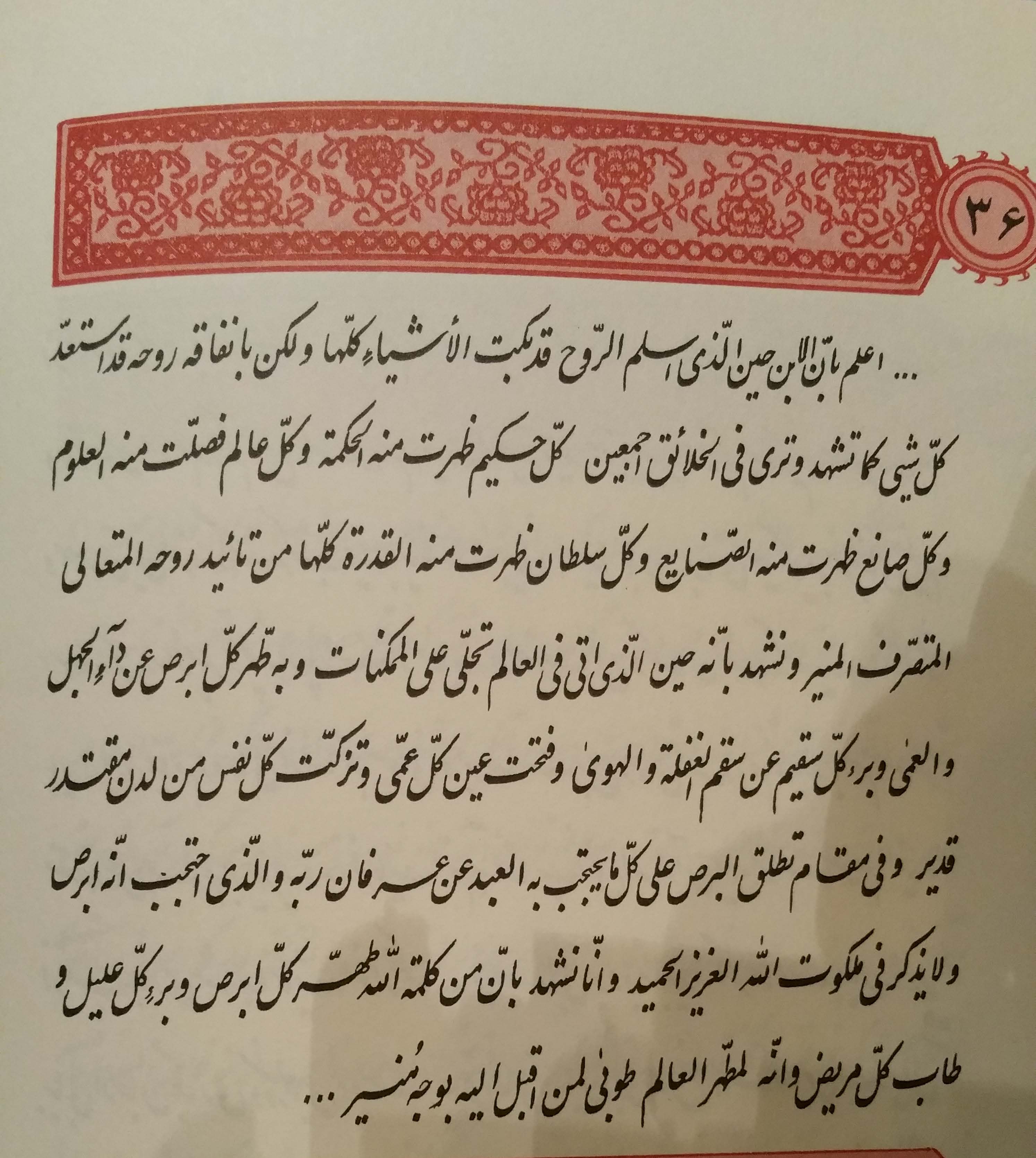 The Tablet of the Son of Man GWB*

`The Tablet of the Son of Man'

What might be conveniently referred to as `The Tablet of the Son of Man' (to draw on the translation of Shoghi Effendi, see below) of Baha'-Allah is an extract from a lengthy summary citation of a scriptural Tablet of Baha'-Allah to a priest resident in Istanbul. It forms part of a larger mid-Edirne (c. 1866? so Cole, probably correctly) untitled Tablet sometimes engaging with followers of the Bab.

Know thou that when the Son of Man…

Know thou that when the Son of Man [al-ibn = Jesus] yielded up His breath (al-ruh) to God, the whole creation (al-ashiya' kulliha) wept with a great weeping. By sacrificing Himself, however, a fresh capacity was infused into all created things. Its evidences, as witnessed in all the peoples of the earth, are now manifest before thee. The deepest wisdom (al-hikmat) which the sages (al-hakim) have uttered, the profoundest learning which any mind hath unfolded (`alam ... al-`ulum), the arts (kull al-sani`) which the ablest hands have produced, the influence 86 exerted by the most potent of rulers (al-sultan), are but manifestations of the quickening power (al-quwwat) released by His transcendent, His all-pervasive, and resplendent (al-munir) Spirit (ruh).
We testify that when He came into the world, He shed the splendor of His glory upon all created things (tajalli `ala al-mumkinat). Through Him the leper recovered from the leprosy of perversity and ignorance. Through Him, the unchaste and wayward were healed. Through His power, born of Almighty God, the eyes of the blind were opened, and the soul of the sinner sanctified.
Leprosy may be interpreted as any veil that interveneth between man and the recognition of the Lord, his God. Whoso alloweth himself to be shut out from Him is indeed a leper, who shall not be remembered in the Kingdom of God, the Mighty, the All-Praised. We bear witness that through the power of the Word of God every leper was cleansed, every sickness was healed, every human infirmity was banished. He it is Who purified the world. Blessed is the man who, with a face beaming with light, hath turned towards Him.