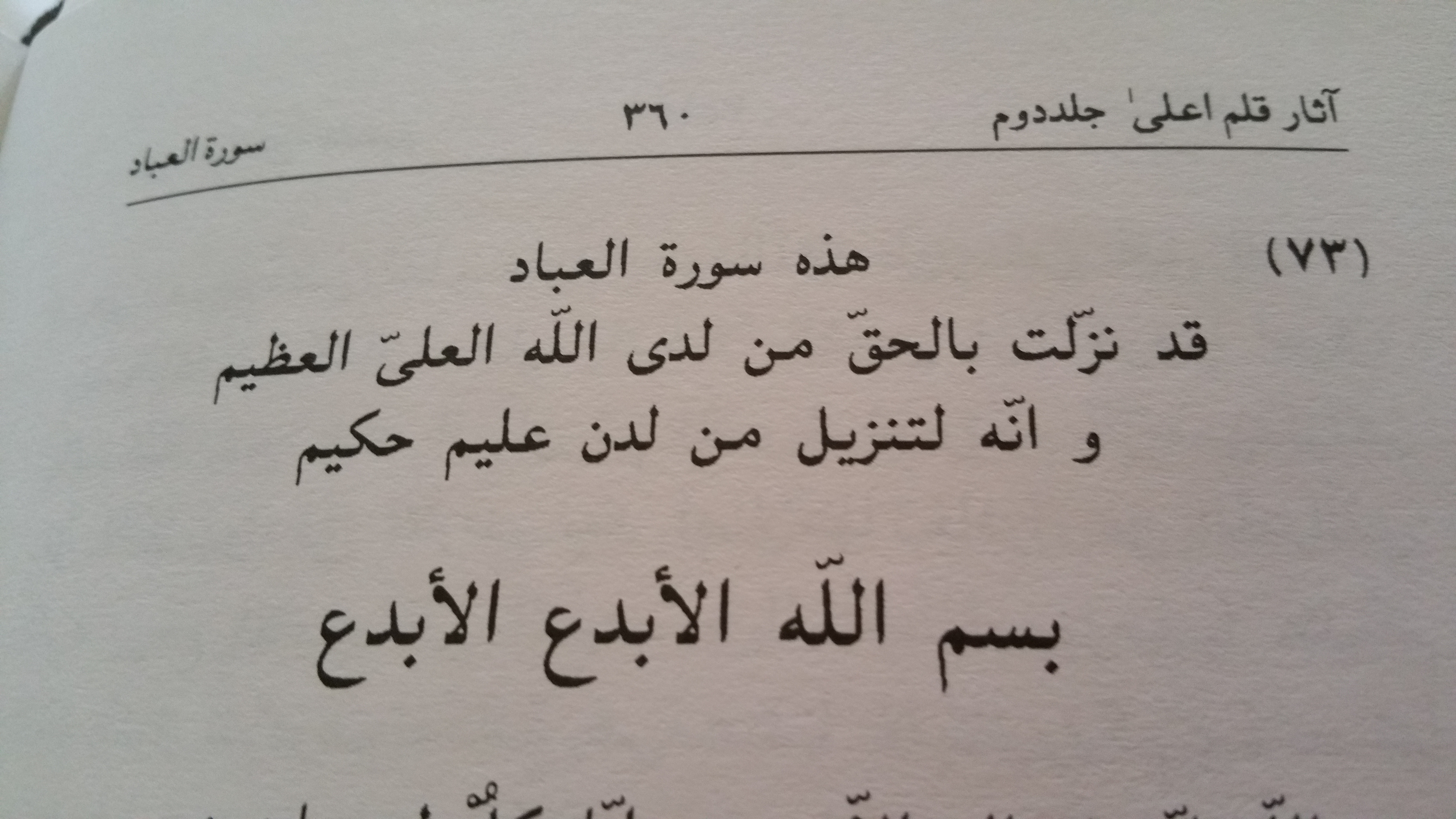 The Surat al-`Ibad (The Surah of the Servants) of Mirza Husayn `Ali Nuri, Baha'-Allah, is perhaps one of the earliest scriptural Tablets of the Adrianople-Edirne period (1863-1868). The wholly Arabic text waqs written for  Siyyid Mihdi Dahaji is printed in AQA IV: 23-33 and AQA [Composite, 2002] Vol. 2 : 360-369. A small portion of this Tablet was translated by Shoghi Effendi in Gleanings (GWB. No. XXXI (31). It commences with the following introductory prefix (see image above) :

This is the Surat al-`Ibad (The Surah of the Servants).

It indeed, in very truth, was revealed on the part of God, the Exalted, the Mighty. It is assuredly a revelation (tanzil) which cometh from One All-Knowing, All-Wise.

The neo-Babi basmala follows with a double occurence of the superlative of the triliteral root b-d-` having the verbal senses of  `to originate', `to produce something new', `to do for the first time', etc., As an Attribute of God derived from this root, it can indicate God, for example, as`The Originator', `The Creator', `the Marvellous', `the Wonderful', `the Regenerative Cause',  etc.

Words derived from the root b-d-` are much more common in Babi-Baha'i scripture than they are in the Qur'an or most Islamic literatures. A lengthy and largely Persian treatise entitled Kitab-i  Badī`, for example,  was composed by Baha'-Allah [-Khadim-Allah] in Edrine around 1867.