"No indeed; the Book of the libertines is in Sijjin" (Trans. Arberry).

This important but neglected Persian scriptural Tablet of Baha'-Allah probably dates to the mid. later Iraq years (c. 1858-60?). Like the Jawahir al-asrar and Kitab-i iqan, it contains a futurist eschatology (Asrar: 343). It was written in reply to a letter he had received from a Babi referrred to by the Qur'anic term Sijjin (see Qur'an 83:8 "the Book of the libertines is in Sijjin", Arberry trans.) which apparently designated Mulla Muhammad Ja`far Naraqi (d.1277 /1860-61). He was a Babi  who apparently had a role in precipitating Baha'-Allah's withdrawal to Iraqi Kurdistan (1854-6) (see Browne ed, Traveler's Narrative, 356; Balyuzi, EGBBF: 78-80; Taherzadeh, RB1:56). 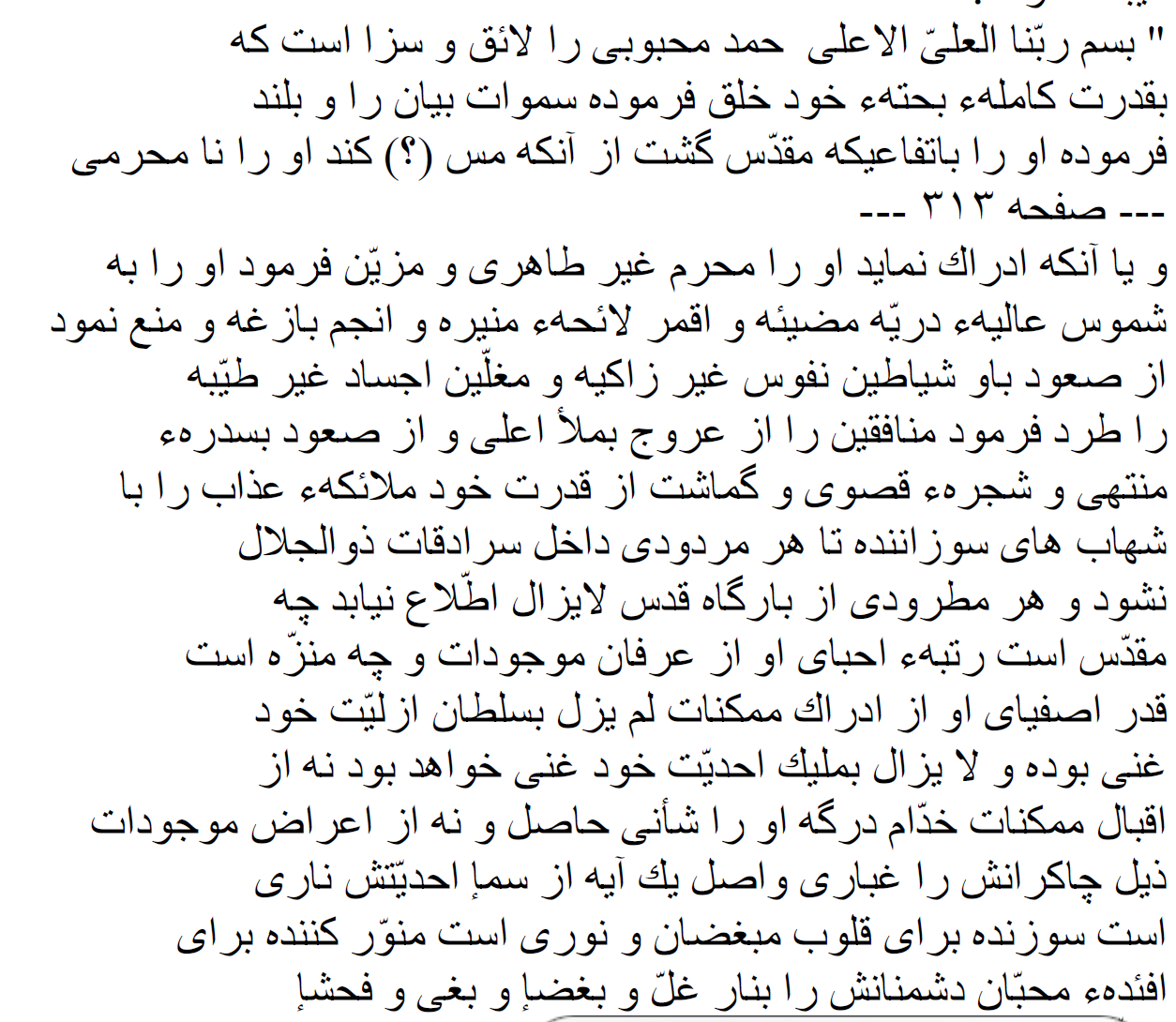 In the Name of Our Lord, the Exalted, the Most Exalted

Praised be the One Beloved, a praise both worthy (la'iqa) and suitable (saza)  for He, by virtue of the Power of the Pristine Perfection of His Own Being, was moved to create the heavens of the Bayan ...