The Arabic Tablet for Aḥmad Yazdī 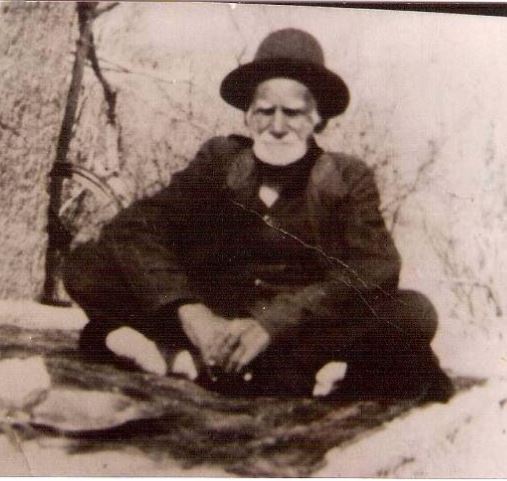 Below is the translation by Shoghi Effendi of the Arabic Lawh Ahmad or (Per.) Lawḥ-i Aḥmad to which I have added select transliteration and a few expository notes (see also the endnotes below). The paragraph and verse numbering given below are not part of the original text or translation and has been added for the sake of commentary.

He is the King, the All-Knowing, the Wise!

Lo, the Nightingale of Paradise (waraqat al-firdaws) singeth upon the twigs (afnān) of the Tree of Eternity (sidrat al-baqā’) with holy and sweet melodies, proclaiming to the sincere ones the glad tidings of the nearness of God, calling the believers in the Divine Unity  to the court of the Presence of the Generous One, informing the severed ones of the message which hath been revealed by God, the King, the Glorious, the Peerless, guiding the lovers to the seat of sanctity and to this resplendent Beauty.

Verily this is that Most Great Beauty, foretold in the books of the Messengers, through Whom truth shall be distinguished from error and the wisdom of every command shall be tested. Verily He is the Tree of Life (shajarat al-rūḥ) which bringeth forth the fruits of God, the Exalted, the Powerful, the Great.

Bear thou witness that verily He is God and there is no God but Him, the King, the Protector, the Incomparable, the Omnipotent. And that the One Whom He hath sent forth by the name of `Alí [Muhammad, Shīrāzī, the Bāb] was the True One from God, to Whose commands we are all conforming.

Say: O people be obedient to the verses of God, which have been enjoined in the Bayán [“Exposition” of the Bāb] by the Glorious, the Wise One. Verily He is the King of the Messengers and His Book is the mother Book, did ye but know. Thus doth the Nightingale utter His message unto you from this prison. He hath but to deliver this clear message. Whosoever desireth, let him turn away from this counsel and whosoever desireth let him choose the path to his Lord.

O people, if ye deny these verses, by what proof hath ye believed in God? Produce it, O assemblage of false ones. Nay, by the One in Whose hand is my soul, they are not, and never shall be able to do this, even should they combine to assist one another.

Forget not My bounties while I am absent. Remember My days during thy days, and My exile and banishment in this remote prison (al-sijn al-ba`īd) [=Edirne-Adrianople]. And be thou so steadfast (mustaqīm an) in My love (ḥubbī) that thy heart (qalb) shall not waver, even if the swords of the enemies (suyūf al-`aidā’) rain blows upon thee and all the heavens and the earth arise against thee. Be thou as a flame of fire (ka-shu`ulat al-nār) to My enemies and a river of life eternal (kawthar al-baqā’) to My loved ones, and be not of those who doubt.  And if thou art overtaken by affliction in My path, or degradation for My sake, be not thou troubled thereby.

Rely upon God, thy God and the Lord of thy fathers. For the people are wandering in the paths of delusion, bereft of discernment to see God with their own eyes, or hear His melody with their own ears. Thus have We found them, as thou also dost witness. Thus hath their superstitions become veils between them and their own hearts and kept them from the path of God, the Exalted, the Great. Be thou assured in thyself that verily, he who turns away from this Beauty (al-jamāl) hath also turned away from the Messengers of the past (al-rusul min qabl) and showeth pride towards God from all eternity to all eternity (fī azal al-āzāl ila abad al-abidin).

Chant it during thy days and withhold not thyself therefrom. For verily, God hath ordained for him who chants it, the reward of a hundred martyrs (shahīd) and a service in both worlds (`ibadat al-thaqalayn). These favors have We bestowed upon thee as a bounty on Our part and a mercy from Our presence, that thou mayest be of those who are grateful.

By God! Should one who is in affliction or grief read this Tablet with absolute sincerity, God will dispel his sadness, solve his difficulties and remove his afflictions. Verily, He is the Merciful, the Compassionate. Praise be to God, the Lord of all the worlds.

The final (untranslated)  postscript about the Bābī-Bahā’ī believers in Baghdad.

"Then recollect on Our part all such as dwell in the city of God (madīnat Allāh) [= Baghdad], the King, the Beautiful (al-jamil) especially those who have believed in God and He whom God hath raised up on the Day of Resurrection (yawm al-qiyāma). These are indeed those who have followed in the pathways of the True One (manāhij al-ḥaqq) and are numbered among such are spiritual wayfarers (al-sālikīn)" (trans. Lambden).

IV : Shoghi Effendi’s translation  “ a service in both worlds” renders, `ibadat al-thaqalayn which more literally would be “servitude to the twin weighy things”. The Arabic dual thaqalayn here is evocative of the thaqalayn which the prophet Muhammad stated he had left as a guidance for his Muslim followers in the speech delivered on his farewell pilgrimage; namelt, [1] the Book or Qur'an and [2] the family of the Prophet. Shoghi Effendi interestingly has "both worlds", presumably this and the next indicative of the condition of total devotional servitude. One might also suggest that the `ibadat al-thaqalayn, the twin weighty matters, might be suggestive of a worshipful devotion to the persons of the Bab and Baha'-Allah, the twin weighty Messengrs of God, a service to them in this world as well as the hereafter or world beyond.