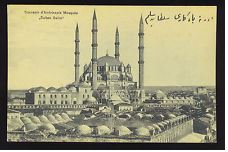 The second major Tablet of Aḥmad after the Arabic one for Ahmad Yazdi (d.c. 1902CE) is the Persian (Lawḥ-i-Aḥmad-i-fārsī). It was addressed to the one-time Bābī merchant and ultimately staunch Azalī, Hajjī Mīrzā Aḥmad-i-Kāshānī (d. Baghdad c. 1866). It was most likely revealed in 1282/1865-6, during the difficult period just prior (?) to Bahā’-Allāh's disassociation from Yaḥyā, a period characterized in the Tablet as "the year of the most great testing and mighty sedition" (sanih-i-tammī va fitnih-i-`umī) (MAM:328). The basic purpose of the Tablet was to guide Aḥmad away from his disruptive ways, his divisive attachment to Mīrzā Yaḥyā and various Azalī Bābīs. He is addressed as a "banished and faithful friend" (MAM:396, Gl:322). Aḥmad is exhorted to turn to the effulgent person of Bahā'-Allāh who is "the Manifestation of the Almighty and All-Glorious Being" (MAM:221 trans. Gl:323). The qur'ānic "Light Verse" (Q. 24:35) is mystically interpreted relative to the "Light" of the person of Bahā’-Allāh (MAM:324 tr.Gl:324).

Aḥmad-i Kāshānī met the Bāb in 1263/1847 in the home of his Bābī half-brother, Hajjī Mīrzā Jānī Kāshānī (martyred, 1269/1852). He was among those whom Bahā’-Allāh chose, apparently for reasons of controlling his unstable behaviour, to accompany him on his exile from Baghdad to Istanbul and Edirne. His support of Mīrzā Yaḥyā led Bahā’-Allāh to advise him to quit Edirne for Iraq. In Baghdad he was apparently "murdered by an Arab, who was supposed to have been a Bahā'ī" (Balyuzi, BKG:157, 231; idem, E.G. Browne, 64).

Many paragraphs of the Tablet of Aḥmad (Persian) are addressed to the "servants of God" (to Bābīs collectively or mankind in general). In diverse ways Aḥmad and others are called to detachment and purity. They are called upon to use all their faculties in order to witness the radiant light of Bahā'-Allāh and return to Him who is the "Source" of their creation (MAM:321 tr.Gl:324). The Bābīs are called to be firm in the covenant of the Bāb (MAM:328 tr. Gl:327).

Bahā’-Allāh likens the enormity of his revelation to an "ocean" containing numerous "pearls of great price" (MAM:324 tr. Gl:324 cf. Matt 13:45-6). Sinaitic imagery is present at various points in the Tablet. Bahā’-Allāh is the now unveiled subordinate divinity who is not limited by the interjection addressed to Moses, "Thou shalt not see Me" (Qur'ān 7:143b cited MAM:330, cf. ibid 221 trans. Gl:324). His "deathless beauty" is radiantly apparent. At one point words of the "Son of Mary" (Jesus) about the "tree" that fails to bring forth fruit being fit for the "fire", are briefly commented upon (MAM:320 cf. Matt 7:19).